This morning, I was in the toilet shaving and our cat Max came in looking kind of sick, I knew he had that look of needing to vomit. I’d just let him get it out and clean it up, pretty standard.

He vomited once, then moved to vomit again, but the second time, he tried to vomit, he suddenly collapsed on his back and went stiff, then he went into convulsions. I freaked out.

I quickly yelled for Fi to come in, I knew that he was having another epileptic seizure. The last time, Fi was there and it freaked us out.

Last time, Dr. David, said that it’s rare for cats to have such a condition but it does happen. Unfortunately, there’s nothing we can do about. He said that we shouldn’t touch him and let the seizure pass and he’ll recover quickly on his own.

After his convulsions, Maxie did get back up and yelped a bit, of course the experience scared him silly and he had no idea what was going on. He got up and walked it off a bit, still a bit shaken. Shortly afterwards, he was eating so he was ok but tired.

Just the scariest thing to actually witness him go through such an ordeal.

Today was a gut wrenching day for us, as our beloved Max passed away from chronic renal failure. He already beat incredible odds when earlier this year in Feb he went to the hospital for some dental surgery to remove some rotten teeth. When he was in the hospital they discovered he was actually showing… 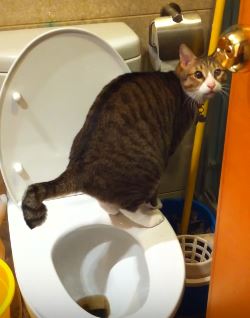 Some of you may know that when we first got our “boys” when there 3 months old, Fiona had the idea that she could train the cats to use the toilet. This would help us save on kitty litter but it was an interesting challenge as well. Well, after following a structured system, we can…

Max, our tabby cat and also the “baby”, has a daily morning ritual now: around 7:30am to 8:00am he’ll scratch at our door to come in, jump up onto our bed (always from the foot of the bed) and climbs onto Fi’s stomach for his daily morning cuddles. 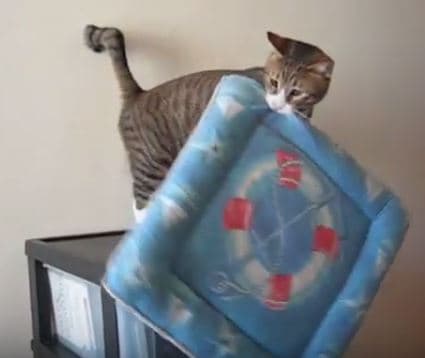 To kick off FurbabiesHK’s blog, I’ve included a short video of our cat Max and his struggle against evil pillows:

This website uses cookies to improve your experience while you navigate through the website. Out of these, the cookies that are categorized as necessary are stored on your browser as they are essential for the working of basic functionalities of the website. We also use third-party cookies that help us analyze and understand how you use this website. These cookies will be stored in your browser only with your consent. You also have the option to opt-out of these cookies. But opting out of some of these cookies may affect your browsing experience.
Necessary Always Enabled
Necessary cookies are absolutely essential for the website to function properly. This category only includes cookies that ensures basic functionalities and security features of the website. These cookies do not store any personal information.
Non-necessary
Any cookies that may not be particularly necessary for the website to function and is used specifically to collect user personal data via analytics, ads, other embedded contents are termed as non-necessary cookies. It is mandatory to procure user consent prior to running these cookies on your website.
SAVE & ACCEPT